Nightwood by Djuna Barnes
My rating: 4 of 5 stars

Overwhelmingly, I read recent literature, usually the current and previous year. It’s not that I am not interested in older books, I just need more prompting. I found a challenge hosted by Simon from Stuck in a Book and Karen from Kaggy’s Bookish Ramblings where twice a year they select a year and the book bloggers who participate all read one book originally published in that year; some go crazy and read a bunch. (See their blogs for a roundup list!) 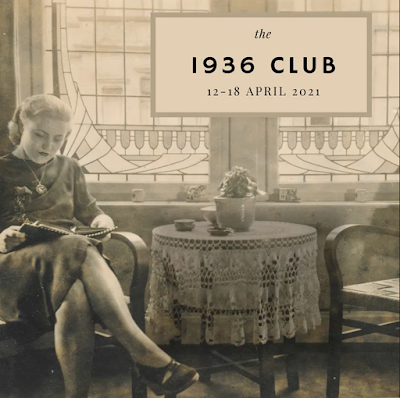 This week is 1936. I already had Nightwood on my Kindle, and it’s supposed to be “one of the first lesbian novels,” so I thought it might be interesting.

"Robin’s love and mine was always impossible, and loving each other, we no longer love. Yet we love each other like death."

"The sleeper is the proprietor of an unknown land."

It’s short but doesn’t feel short because the writing is so dense and hardly straightforward. I would need to read it a few more times. The cast of characters is quirky and while there are a few women who love women in here, they are mostly offstage as one woman has run off with another and left Nora behind to wallow. The central character really seems to be this doctor who feels he should have been a woman so he sometimes wears a flannel nightgown while he waxes poetic about the people of the night. It’s a time period and place I usually like - Berlin in the time between the wars. There is also quite a bit of language and sentiment I would consider racist in 2021, including at least one use of the N- word.

"Though some go into the night as a spoon breaks easy water, others go head foremost against a new connivance; their horns make a dry crying, like the wings of the locust, late come to their shedding."

Side note - it has one of the few Jenny’s I’ve encountered in literature. I might have to make a shelf. I have a songlist in Spotify of songs with the name Jenny too.

"The places Jenny moults in are her only distinction, a Christian with a wanderer’s rump."

I'm not really sure what that says about Jenny.

View all my reviews
Posted by Jenny Colvin at 10:07 AM