Jenny is joined by Jason, who first appeared on Reading Envy back on Episode 014: Flannery O'Connor with Zombies. This time he brought three books to talk about, and both settled in at the Reading Envy pub for a long reading chat.

Justine by Lawrence Durrell
One More Thing: Stories and Other Stories by B.J. Novak
The World Until Yesterday: What Can We Learn from Traditional Societies? by Jared Diamond
Battleborn: Stories by Claire Vaye Watkins
Us Conductors by Sean Michaels
The Blueberry Years: A Memoir of Farm and Family by Jim Minick

Other links mentioned:
Episode 014: Flannery O'Connor with Zombies
The Office (USA version)
Episode 003: 3 of 5 Stars (another mention of BJ Novak!)
Young Lions Award for Fiction (from the NYPL)
Guggenheim Fellowship
Scotiabank Giller Prize
Said the Gramophone
Music in & On the Air performed by Clara Rockmore

Stalk us online:
Jason on Twitter
Jenny at GoodReads
Jenny on Twitter
Posted by Jenny Colvin at 12:01 AM No comments:

This month the books I've brought in have a wide range and purpose.

There is a great author series down at the University of South Carolina called The Open Book, and I'm going to be able to go see Chang-Rae Lee, Teju Cole, and just saw George Saunders.  That was the reason for ordering their books this month, although I had already read the Saunders and Cole (I had an audiobook of the Saunders and a library book of the Cole, but nothing that could be signed.)

The Bayless, Pierpont, and City Lights anthology are review copies from either Edelweiss or NetGalley.  The poetry anthology is here just in time for National Poetry Month!

The Flanagan was a deal in Amazon, and I had signed up to take a MOOC on Australian lit where this was one of the reading selections.  Since I have yet to do any of the reading for the MOOC and already read a Flanagan in the last year, I'm thinking that will linger a while before I get to reading it.

Reading Envy 024: The Attention of Humanity

Jenny sits down in the Reading Envy pub with two guests, Seth Wilson and Barret Newman.  Books discussed range from media to space, Naples to the Hebrides. (Listen to the end for a surprise uninvited guest.)

Download or listen via this link: Reading Envy Episode 24

How to Watch TV News by Neil Postman and Steve Powers
Trigger Warning: Short Fictions and Disturbances by Neil Gaiman
The Demon-Haunted World: Science as a Candle in the Dark by Carl Sagan
Neuromancer by William Gibson
My Brilliant Friend by Elena Ferrante
Contact by Carl Sagan

Other books and authors mentioned:

Other items mentioned in passing:

Stalk us online:
Jenny at GoodReads
Jenny on Twitter
Barret on Twitter
Posted by Scott D at 12:00 AM No comments: 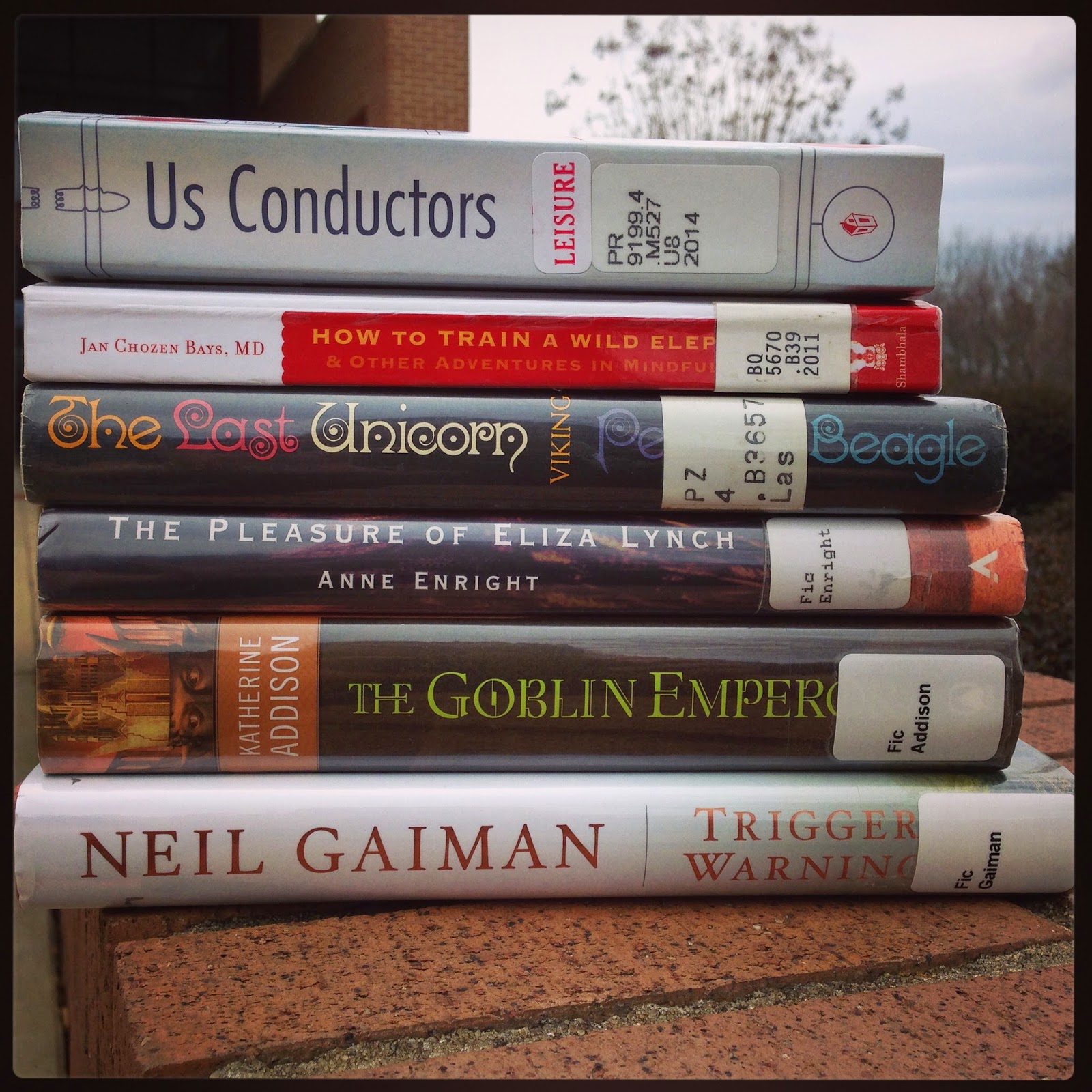 Posted by Jenny Colvin at 10:50 PM No comments: