Reading Envy 028: The Room of Requirement

Jenny sits down in a book-lined room with her friend David Galloway to discuss books. This is a slightly abridged version of that conversation.

Download or listen via this link: Reading Envy 028: The Room of Requirement

David in the "room of requirement:" 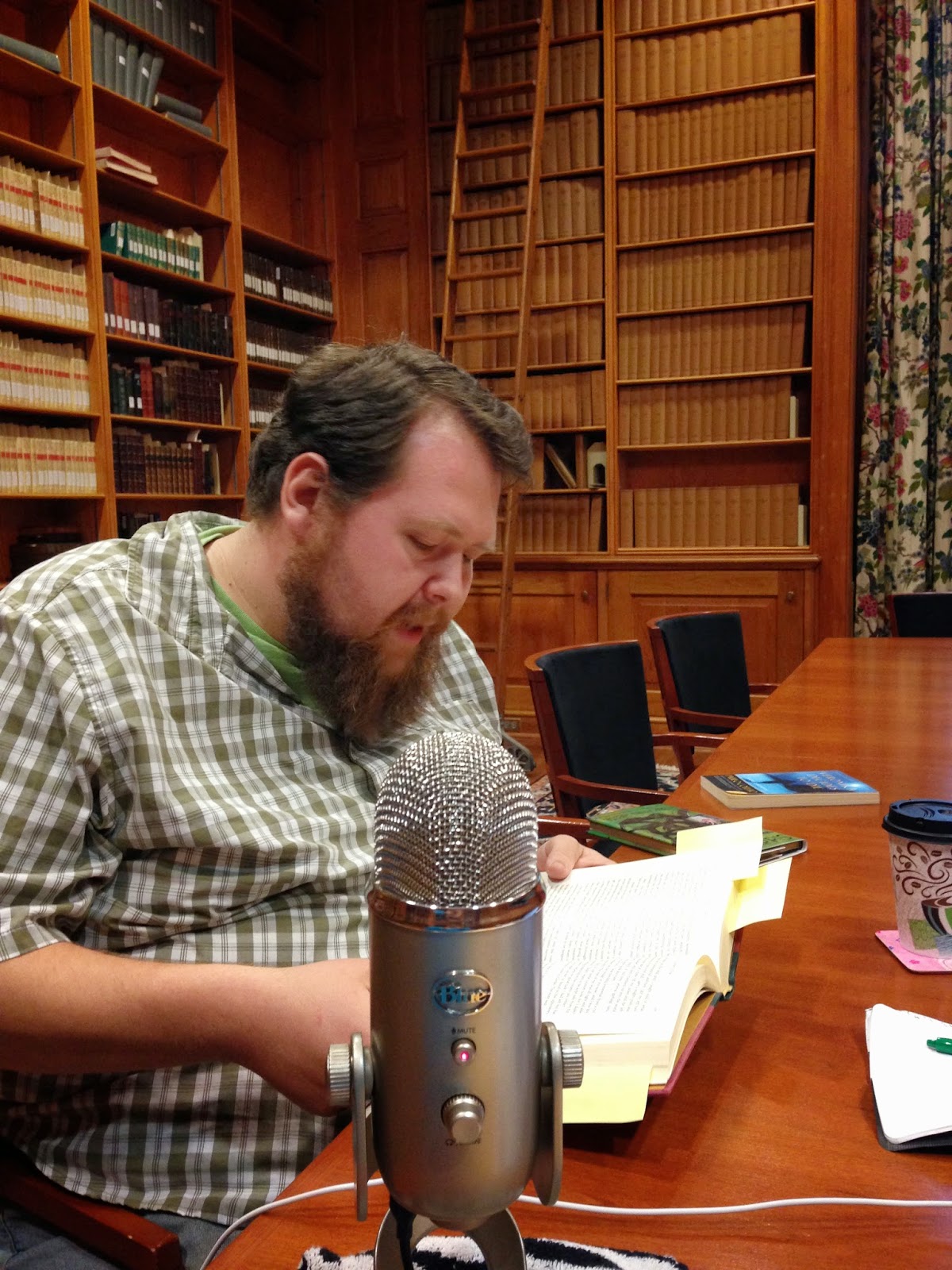 Other books and things mentioned

Reading Envy 027: A Conference of Librarians

What do you call a gathering of librarians? The ALA Think Tank group in Facebook recently had this discussion (you need a Facebook account to see it).  Jenny recently attended the Association for College and Research Libraries Conference in Portland, Oregon, and asked the librarians she met what they had read lately. We decided to make this a bonus episode of the podcast. Some of the members of Jenny's family also contributed. You will probably be impressed by the wide range of what librarians read.

Download or listen via this link: Reading Envy 027: A Conference of Librarians

Dangerous Angels by Francesca Lia Block
January Thaw by Jess Lourey
A Corner in the Marais: Memoir of a Paris Neighborhood by Alex Karmel
Neverwhere by Neil Gaiman
Shadows of Death by Jeanne M. Dams
Station Eleven by Emily St. John Mandel
The Steady Running of the Hour by Justin Go
Americanah by Chimamanda Ngozi Adichie
Queen of the Tearling by Erika Johansen
March: Book 1 by John Robert Lewis and Andrew Ayden
March: Book 2 by John Robert Lewis and Andrew Ayden
The Ocean at the End of the Lane by Neil Gaiman
The Girl on the Train by Paula Hawkins
Shakespeare Saved My Life: Ten Years in Solitary with the Bard by Laura Bates
Catch-22 by Joseph Heller
Obsession in Death by J.D. Robb
The Managed Heart: Commercialization of Human Feeling by Arlie Russell Hochschild
How to Be a Victorian by Ruth Goodman
Area X: The Southern Reach Trilogy by Jeff VanderMeer
Saving Turtles: A Kids' Guide to Helping Endangered Creatures by Sue Carstairs
Towards a Comprehensive Theory of Human Learning by Peter Jarvis
The Sign Painter by Davis Bunn
Born on a Blue Day: Inside the Extraordinary Mind of an Autistic Savant by Daniel Tammet
Butterfly Mosque: A Young American Woman's Journey to Love and Islam by G. Willow Wilson
Balthazar by Lawrence Durrell
Pacific Edge by Kim Stanley Robinson
Ghost Moth by Michele Forbes
The Glass Kitchen by Linda Francis Lee
Lost in Shangri-La: A True Story of Survival, Adventure, and the Most Incredible Rescue Mission of World War II by Mitchell Zuckoff