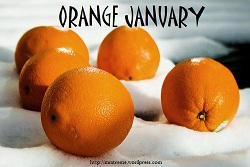 Frangipani: A Novel by Célestine Hitiura Vaite
Around the World: 3 countries!
My rating: 3 of 5 stars

An enjoyable story of Tahitian culture and the conflict between mothers and daughters. I have the sense it won't stick with me for long, which is why I only gave it three stars, but I didn't have to struggle to get through it.

For the purposes of this Around the World challenge, I really do appreciate when a novel can also describe the setting or the culture in a succinct and memorable way. All the bits and pieces about the connection to the flora, the feminine wisdom passed down, and the use of some of the less universal customs made me feel like I was learning something. The best example was the idea of marriage. In the Tahiti of Frangipani, very few couples are marrying, as traditional wisdom says you should have a child with a man to see what kind of person he really is before you'd ever consider marrying him.

Here is a great example of a description of Tahiti, which just happens to fall during a moment Materena talks to her unborn daughter:


"Materena talks about Tahiti to give her unborn baby girl a general idea of her soon-to-be home.  That place is the scorching sun at midday, the heavy and still humidity before the rain...Materena describes to her the sweet smell of flowers as they are opening up early in the morning, the aroma of coffee brewing in the kitchens, and fresh bread being baked at the baker nearby. She talks about the bright colors everywhere you look; the red and orange hibiscus edges....."

The book traces the theme of mothers and daughters throughout.  Older women often give Materena advice (sometimes requested) on how to raise Leilani.  Some examples just from the pages where she is giving birth:


"Girls hurt their mother from the day they come into the world..."

"It's more painful to push girls into the world because they don't want to be born. They resist. They know what they're in for in this world of miseries."

This was a book I enjoyed but probably wouldn't read again.