Reading the Middle East in 2020

I've been slowly traveling around the world in my reading since 2012, trying to read a book from every country, prioritizing books from an author born/living in that country, set in that country, whenever I can.

If you go to my profile, you can look at my books and search by title or view the shelves by location (all of these are under "Location-CountryName.") This has become quite the recommendation spot because I often add TBR books to these shelves as well.

This year I focused on the Middle East, trying to finish all the countries I hadn't yet read while deepening my reading in countries I had read books from. The only country I was not able to cross off my list is Bahrain - there really aren't any novels or good quality books from there translated into English; there is one novel set in Bahrain by an English author - The Meeting Point by Lucy Caldwell. I may read it some day but it's not really fulfilling my plans... perhaps I'll have to give in and use reads like this for some of the places if I'm ever going to "finish" this project. (Spoiler alert: I don't believe I'll ever finish!)

I started out by collecting the books I had on hand, and of course I collected more along the way. Because I had such limited access to libraries this year, I focused on what I had on hand first. Several of the book subscriptions and egalleys I requested fit right in, even if they weren't on my initial list. I used interlibrary loan only once, which is very atypical for me, and read a lot of library eBooks. And I hunted down and purchased a few obscure titles for countries that are hard to find.

Here are the physical books I still have on hand that I read: 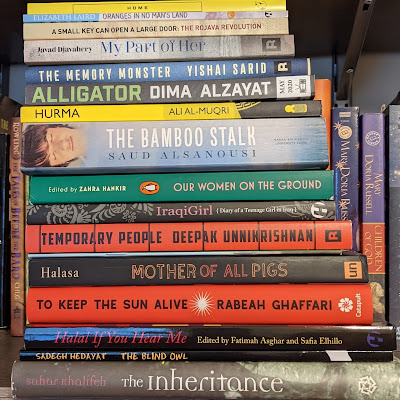 But here are those that I still didn't get to! Some of these aren't ownvoices authors, which I tried to prioritize, and some are countries I'd already read. Still, at some point I'll need to decide if I should keep and read these titles or just let them go. (If you have opinions, I'm open to feedback): 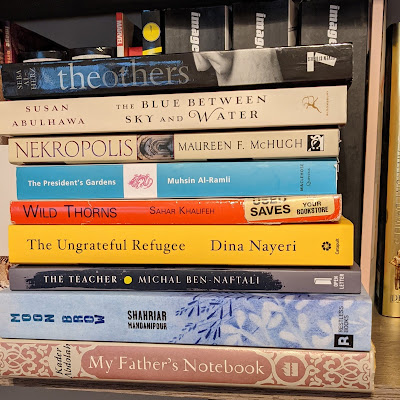 Since so many were eBooks or eARCs, I'm so glad Goodreads has cover images that you can view in a grid, so all I needed to do was take a few screenshots to show you all the great books I read set in or from the Middle East just this year. 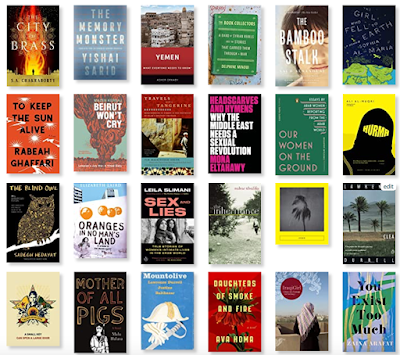 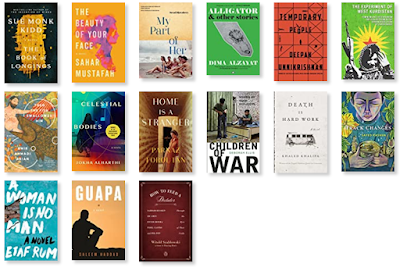 For planner people, I also tracked this challenge in my Passion Planner using a technique I borrowed from a user I can no longer locate in Instagram - she used to be called fruitylemonade (let me know if you know this person and they've just changed names!) The items below are supposed to look like books. I didn't have quite enough colors and then read a few books in Egypt and hadn't included it but should have. And I didn't have a plan for books set multiple places, of which there were quite a few! I have another idea for tracking next year, so stay tuned. 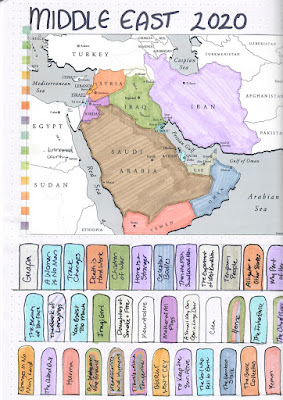 Remember that reviews can be found on my Goodreads, linked above.

Iraq
Children of War by Deborah Ellis
IraqiGirl: Diary of a Teenage Girl in Iraq
Israel
The Book of Longings by Sue Monk Kidd
The Memory Monster by Yishai Sarid

Jordan
Mother of All Pigs by Malu Halasa

Qatar
The Girl who Fell to Earth by Sophia Al-Maria

Yemen
Hurma by Ali Al-Muqri
Yemen: What Everyone Needs to Know by Asher Orkaby

Multiple or Unnamed
The City of Brass by S.A. Chakraborty (fantasy)
Guapa by Saleem Haddad
Headscarves and Hymens by Mona Eltahawy
Home edited by Samer Abu Hawwash
How to Feed a Dictator by Witold Szablowski
Our Women on the Ground edited by Zahra Hankir
Travels with a Tangerine by Tim Mackintosh-Smith