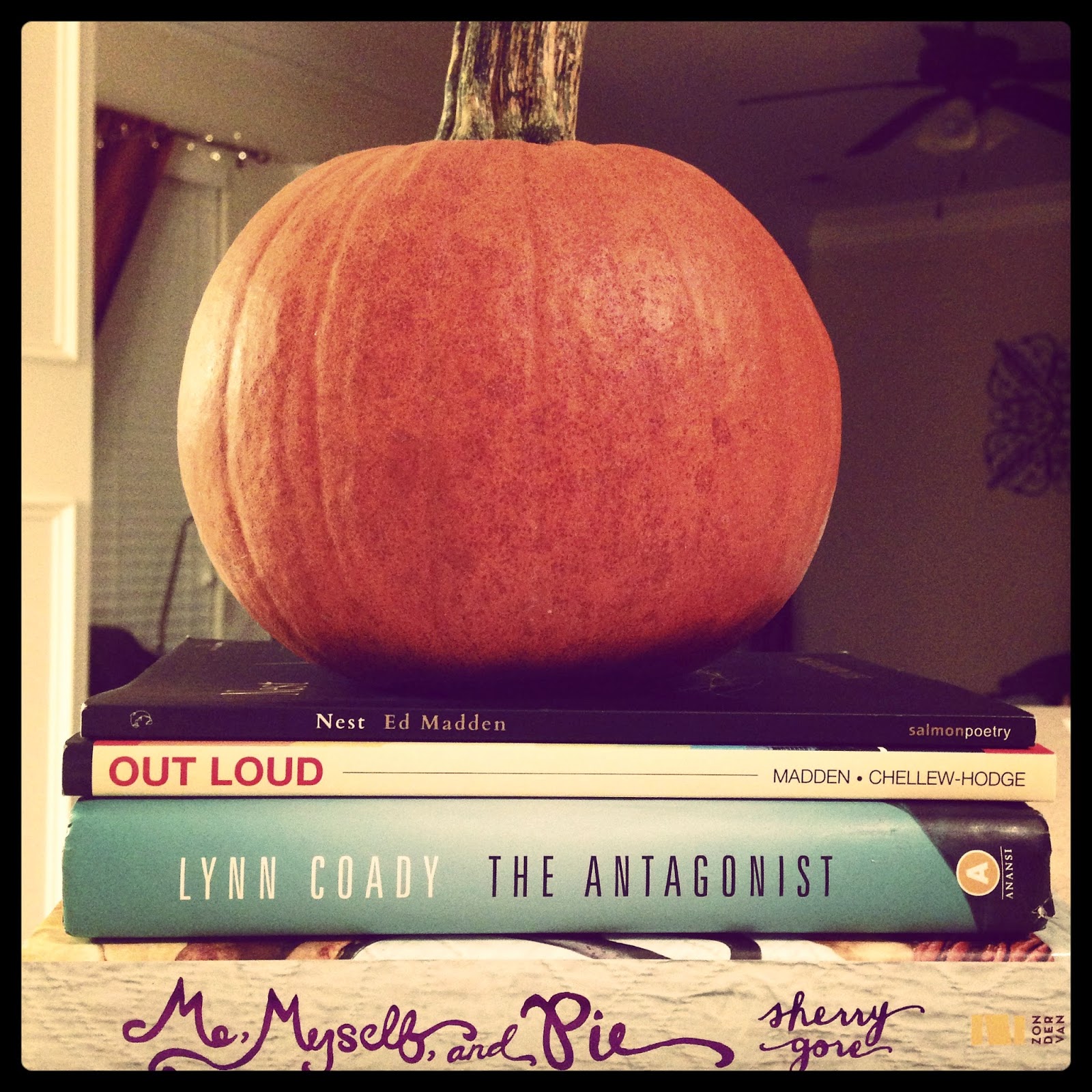 In October, I spent three days in Jonesborough, TN at the National Storytelling Festival (highly recommended!) and another three days at the South Carolina Library Association Conference in Columbia, SC.  I spent most of my reading time working on a project for my Creative Non-Fiction class, so I had a lot more library books coming into my house than others.  October may be the smallest pile I've posted!

Nest by Ed Madden
Out Loud: the Best of Rainbow Radio by Ed Madden and Candace Chellew-Hodge
The Antagonist by Lynn Coady
Me, Myself, and Pie: Amish Recipes by Sherry Gore

I've had Lynn Coady on my to-read list since she was nominated for a Giller Prize in 2011.  I feel like nobody in the USA reads anyone from Canada, and I want to be more intentional about our neighbors to the north.  I'll probably end up putting this title in a speed-date project because I'm not sure I'll be into the subject matter, but maybe it isn't all hockey, eh?

The cookbook is a bit of a mystery.  I received another cookbook for review but don't particularly remember requesting it.  It is full of traditional Pennsylvania Dutch pie recipes, and while they seem pretty standard, the two pies I made and brought in did not get polished off.  Never a good sign!  Definitely could be user error.  You can read about shoofly pie over on my baking blog.

One of the keynote speakers at the SCLA Conference was Ed Madden, who talked briefly but provokingly about whose stories should matter.  He was co-editor of Out Loud, an anthology of stories that appeared on Rainbow Radio, telling LGBT stories from South Carolina.  I went to his keynote, another presentation with both editors, and then a reception where we got free copies of his books (he is more known as a poet) and he signed them.  It was a great experience. I want to incorporate some of his thoughts into my Storytelling class, and maybe I will be able to bring one or both of them to campus! 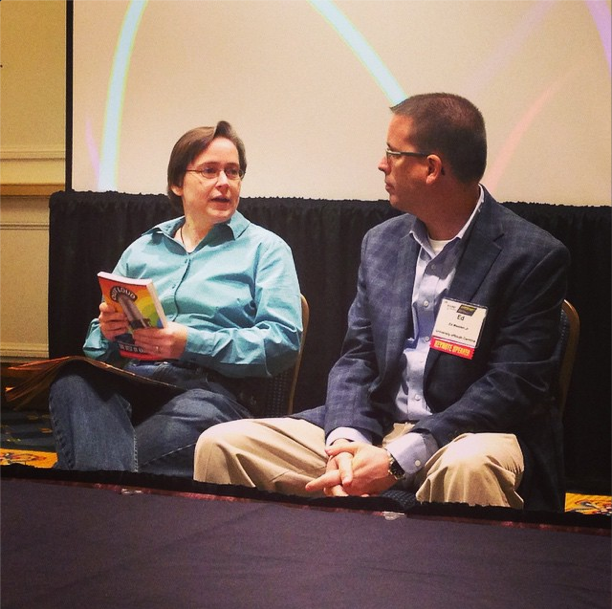