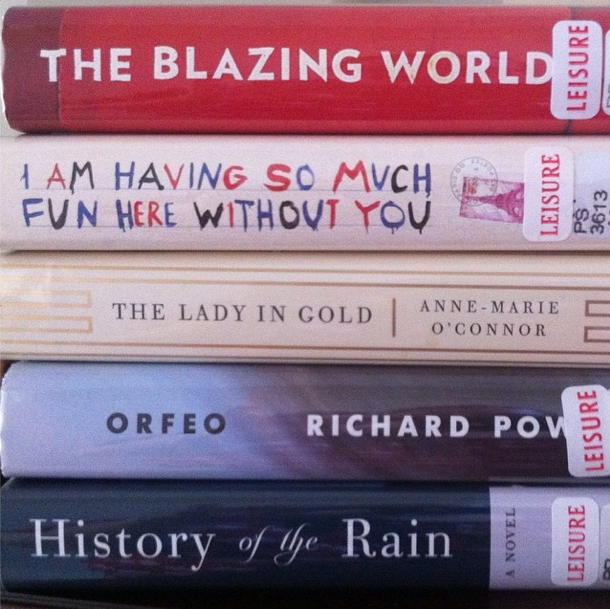 This month is dominated by the Man Booker Prize longlist.  Half the books won't be available in the USA until after the shortlist is announced, but I wanted to read some of the longlist.  That explains the Hustvedt, the Powers, and the Williams.

The Lady in Gold is coming up for my International Club of the Upstate Bookclub in September, and the Maum was just for me.  I zipped through the Maum last weekend, and hope to at least start some of the Booker longlisted books this weekend.