Because of my three weeks in Oregon, I did not check out any books from the library in the month of July.  Well, to be honest, I visited my old hometown library with my Mom and she checked out The Storied Life of A.J. Fikry for me, but *I* didn't check it out. So there was not a mid-month library books post this time around.

Before I left for Oregon, I had a birthday.  I often get books for my birthday, but most often they are cooking and baking related.  In case you didn't know of my alternate baking persona, she can be found over on Jennybakes.com.   That interest will explain most of the books on this pile.  The songwriting one is by the man I took a MOOC from through Berklee College of Music, and the picture book about public libraries is gorgeous.  I'll probably bring it to my office at an academic library. 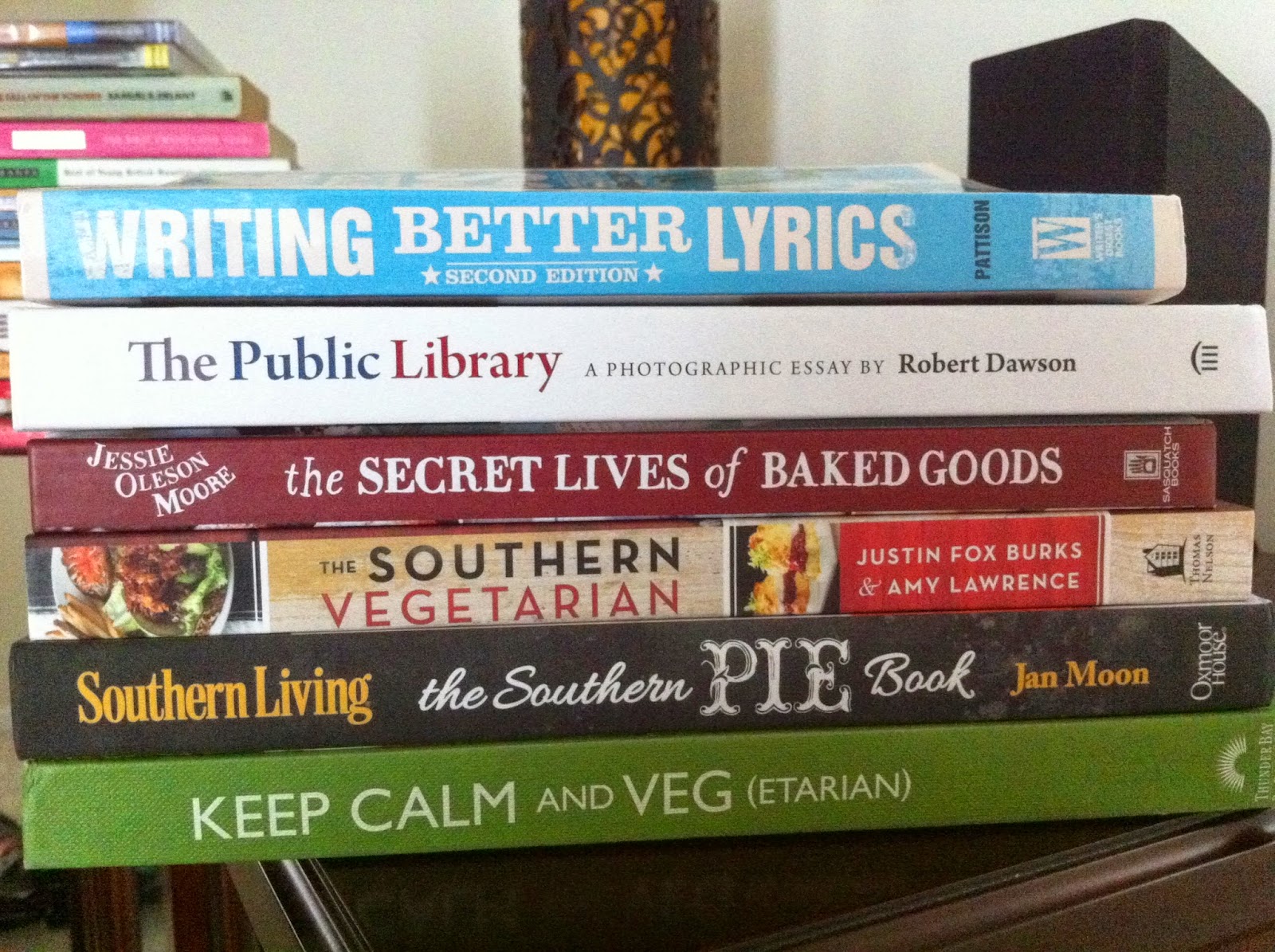 While I was in Oregon, I did make it to a few bookstores.  Okay, I went to Powell's four times - twice downtown, once at the mall formerly known as the Beaverton Mall, and once in the airport.  I also went with my Mom to two used bookstores that she has credits at.  Love love love Powell's, but had no room in my luggage for a huge buying spree. I bought only one book there - a book of poetry in Turkish.  They had three shelves of books in Turkish! 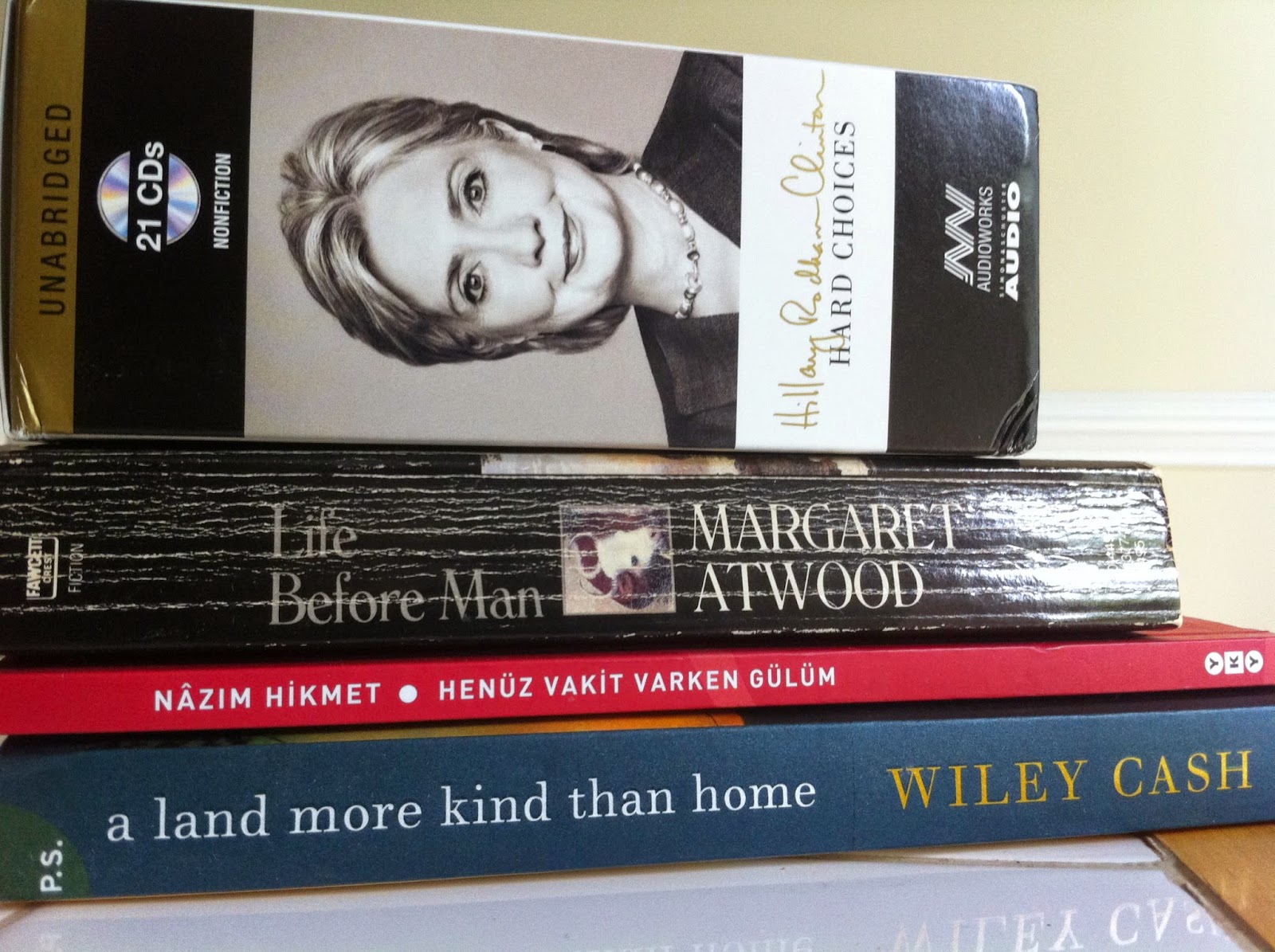 The Margaret Atwood and Wiley Cash books come from the bookstores my Mom had credit at - the Atwood I'd never heard of and the Cash was in great condition so I couldn't help it.  The Hillary Rodham  Clinton audiobook came in the mail while I was away, a review copy from the publisher.  I'm two discs in. Hillary is going to spend quite a few work commutes with me (since they are only three miles, ha!)

Before I left for my trip, I downloaded two more audiobooks.  I also got a few review copies digitally before it turned to August, so I'll list those here.

Authority (Southern Reach Trilogy #2) by Jeff Vandermeer, read by Bronson Pinchot
I've already listened to this one! I listened to it while I was reading the paperback, because Bronson Pinchot is a great reader and then I could more easily take the book with me.

Prototype by M.D. Waters
I had read Archetype, the first in this series, and enjoyed it. About clones.

A Spy Among Friends by Ben Macintyre, read by John Lee
I'm always on the hunt for spy books and John Lee is usually a great narrator.

The 100-Year-Old Man Who Climbed Out the Window and Disappeared by Jonas Jonasson
Not too thrilled about this one, but it's for one of my bookclubs, the one that meets in person, and I like it when people read books I pick that they aren't thrilled with.  I tried listening to it on the plane and had a hard time focusing, and picked it up again one night when coyotes woke me up.