The Abandoned Books of 2013 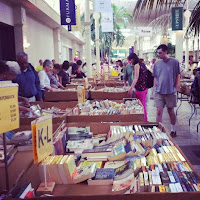 I'm getting close to feeling like compiling end of year reading lists.  A little pushy bird in my brain keeps insisting I will probably read more before the end and I shouldn't count anything yet.

This is the first year I kept track of the books I started reading and then decided not to finish.  In the past, I just deleted them from my list, but then would sometimes forget I had already tried something (short memory I guess.)

I thought it would be interesting to explore which books were abandoned in 2013, and why.  I should probably explain that I don't think every book is meant for every reader, and in abandoning a book, I am not saying it does not have value.  But life is too short to read books that aren't clicking with you, and abandoning these freed up time to read other things!  This may be one of the reasons I read more books in 2013 than in any other year so far. Stay tuned for the end of year posts.
I'd like to hear about which books you have abandoned this year! Do you keep track?
Posted by Unknown at 3:11 PM