Death. On the Nile and Elsewhere.

Stories Read:
"Death on the Nile" by Connie Willis
"The Music of Erich Zann" by H.P. Lovecraft
"The Toy Theater" by Gene Wolfe 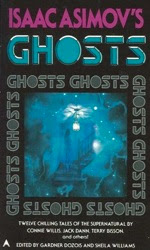 No novella this week, since I spent most of my reading time finishing Night Watch by Sergei Lukyanenko. I enjoyed it! Will talk about it on the Good Story podcast this week.

I did read three more short stories from The List, though, and here they are:

First was "Death on the Nile" by Connie Willis, a Hugo Award winner (1994) for Best Short Story. And it's a good one, if you like Connie Willis' style. Two married couples are on a plane headed to Cairo for a sight-seeing trip. One of the wives spends the ride quoting facts about pyramids and such from tourist guidebooks, while the other was reading Death on the Nile by Agatha Christie. At some point in the story, one of the men was struck with the idea that maybe they are dead, and we (the reader and characters) wonder till the end if it's true.

I found the story in one of the Isaac Asimov Science Fiction Magazine themed anthologies - this one called Isaac Asimov's Ghosts. Edited by Williams and Dozois. 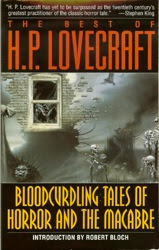 Second is the horrific "The Music of Erich Zann" by H.P. Lovecraft. It's been reprinted a bunch of times since its original appearance in the May 1925 Weird Tales magazine. I read it in the Del Rey The Best of H.P. Lovecraft: Bloodcurdling Tales of Horror and the Macabre. I believe this is the first time I've read this. I think I'd have remembered it, because... yeah. Spooky.

Poor Erich Zann. He's not doing all that well when we first meet him, up on the 5th floor of an apartment building, playing loud and chaotic music on his violin. The main character finds the music intriguing until events cause him to run away screaming. 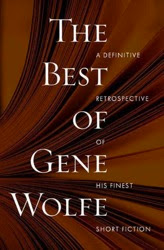 Last is a Gene Wolfe story called "The Toy Theater". I put most of the stories in The Best of Gene Wolfe on the list because I think Wolfe writes brilliant short stories, and I've been meaning to read this book for a while. Unfortunately, this particular one is so brilliant that I'm not sure I understand it. Ha. A guy flies from our solar system to another to meet the greatest puppeteer alive. The great puppeteer gives the guy a demonstration during which he handles five marionettes at once, at one point voicing all three of a trio singing a song. And then Wolfe doesn't quite explain it. Or maybe he does.

The next story up is "Turjan of Miir" by Jack Vance, which is great because Vance is such a clear influence on Gene Wolfe. A couple more Wolfe stories coming right up, too… but not before I read "The Toy Theater" again. If there's anything I've learned about Wolfe, it's that he rewards scrutiny.