Northern Spy by Flynn Berry
My rating: 4 of 5 stars

I was confused at first because I thought this book was set during the Troubles but at some point the cell phones and technology drove me to the internet where I discovered the IRA has rebranded itself and continues to fight. (The USA still calls it the IRA; other places it's referred to as The New IRA.) The novel is sent twenty years after the Good Friday Agreement in 1998, which the internet says ended "most" of the violence. Well this is the other part. Well this is the other part. One article even links it to Brexit.

It starts with Tessa, a single mother who works for the BBC from Belfast. The police think her sister Marian is working for the IRA, which is unfathomable, and the more she knows, the more she gets pulled in.

I love a good spy novel but also feel I should say the writing is stellar, and the author captures the complexity of the lives of women and female relationships amidst a very tense plot, very impressive.

Here are a few examples, not final copy so wording may vary slightly:

"At home, I take off my dress and drop it in the hamper...Once the dress is washed, maybe it won't seem tainted by today, though I already know I'll never wear it again, like the jumper I had on that day on Elgin Street, and the necklace I took off my throat while walking away from the collapsed building, like having it on was disrespectful, frivolous."

"There's always someone, for a mother, to tell you to pull your socks up." (so many opinions from strangers and neighbors about every little child rearing thing)

"We keep talking, and something settles in me, like silt falling to the bottom of a river. I feel more calm than I have in weeks. This isn't so difficult. I'm a woman, after all, so I've had a lifetime of practice guessing what a man wants me to say, or be. Seamus wants me to be brisk and capable, and he wants me to be angry, which I am, only not in the direction he thinks. Seamus asks me questions, and as I answer them, directly and mostly honestly, I think: I'm going to destroy you."

"Damian has some scotch, and I watch him carefully note down each of his drinks in the ledger. He's planning to murder someone tomorrow, but he won't steal drinks from an honesty bar."

"On air, the students are thoughtful and wry and tough... They painted extra letters onto one mural, changing it from Join the IRA to Join the Library." 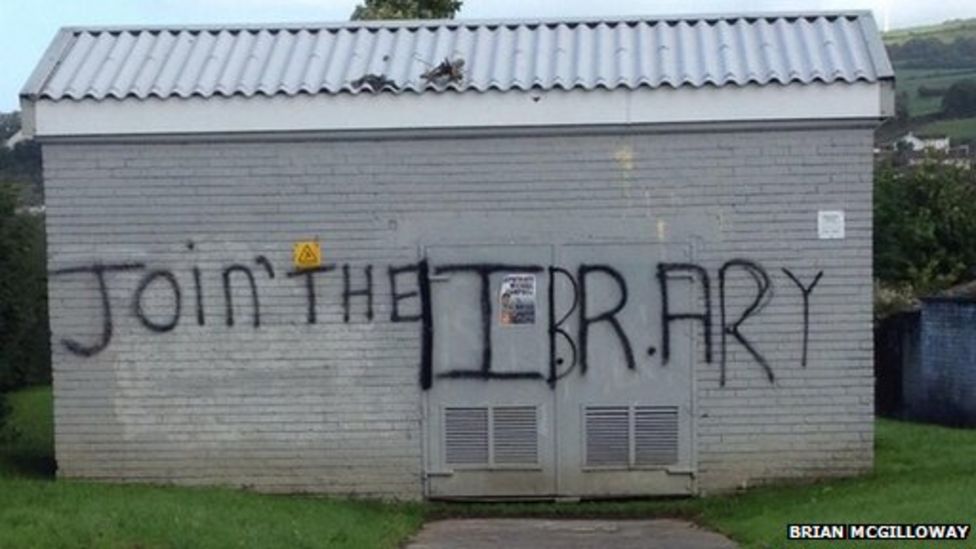 (I found this was a real thing that happened!)

I had an eARC from the publisher through NetGalley; it came out April 6th. Reese picked it for her book club so it should be everywhere soon.

View all my reviews
Posted by Jenny Colvin at 10:35 PM