Working with Audiobooks in iTunes 12

I'm not much of a complainer, but it drives me crazy when applications like iTunes get worse after an update. Ever since updating to iTunes 12, I have had an impossible time trying to get MP3 files to work as audiobooks.

I often get audiobooks as MP3 files from publishers, or ripped from an MP3 CD. In the past, all I had to do was select all tracks, select Get Info, and change the media type from music to audiobook  (since iTunes imports as music by default.) Suddenly, that stopped working. In an earlier version of iTunes I figured out that if I first converted the files to the system default, AAC, then I could convert to audiobook. More recently, this stopped working. I had read and write access to the files, there did not seem to be any type of DRM control on the files, but yet I could still not convert them to audiobooks.

Why does this matter? It's true I could still put an audiobook-as-music-album into iTunes and onto my iPhone and listen to it, somewhat. But that puts the files in the shuffle, and doesn't keep track of where you are in the audiobook. The beauty of the audiobook media type is that it gives you more options - saving your place, and even more important - the ability to speed it up. I almost always listen to audiobooks at 1.5x-2x speed, because the normal speed is slower than my brain works. I couldn't face listening to the five audiobooks I'd most recently downloaded at 1x speed!

My husband, the utmost in all things tech support, did a little investigating and after we both slaved over trying to trick iTunes into doing what it used to do with no problem, he came across an app recommendation. I do not know if there is a PC equivalent, but it works well on a Mac. This is not a paid advertisement. I paid the $9.99 to download the app and feel like how well it works makes it worth the money.  It is called Audiobook Builder. It has a pretty simple interface - drag and drop, then a button that adds it to the iTunes library.

For those that need step by step, please read on!

Before you start, go find the cover image and the audio files you want to work with.

2. When you open the app, you have a few options. Start by clicking on "Create a New Project." 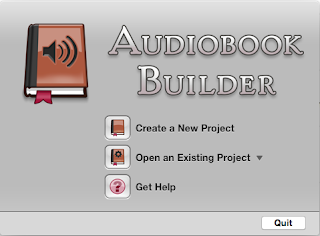 3. The first tab is the equivalent of the album-wide information. Drag the cover image into the space provided, add the title and author, and keep the genre "audiobooks." 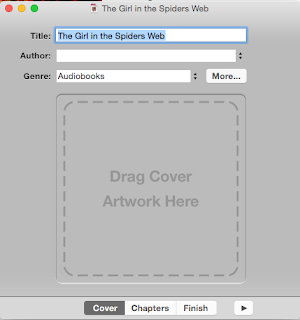 4. The second tab is where you drag and drop the audio files. When they are done uploading, the app makes a chime sound. 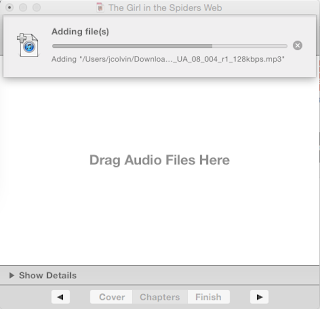 5. The last tab is where you decide what to do with the audiobook you have built.  When you click on "Build Audiobook," the export to iTunes begins. 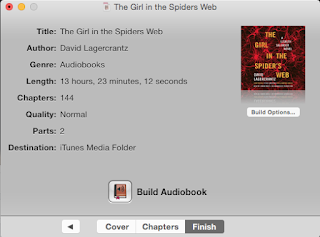 6. In iTunes, click on the icon that looks like an open book. Within Books is a tab for Audiobooks. Once the musical theme sounds indicating your audiobook has been built, you should see it in your library.

7. Click on the iPhone icon to navigate adding the content to your device. For me, it builds a separate playlist. On the iPhone itself, this will show up not in iTunes but in iBooks. It looks like going forward, Apple has moved the audiobook functionality into iBooks rather than keeping it as an option for iTunes.  I suspect that eventually, iTunes will not be involved at all, which is unfortunate seeing as an audiobook really has more in common with an album than an eBook.
Here's a pic of mine ready to be played on my device! 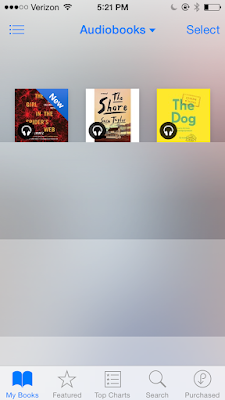