Visiting the history of a place: The Invention of Wings by Sue Monk Kidd

The Invention of Wings by Sue Monk Kidd
My rating: 5 of 5 stars

(I received a copy of this from NetGalley in exchange for an honest review.)

This book by Sue Monk Kidd is a story based on Sarah Grimke, an early Charlestonian abolitionist. It is told by alternating chapters from Sarah's perspective (starting from childhood), and of her personal slave Handful. While some of the story is imagined, much of it comes from the history of the Grimkes, pre Civil War Charleston, and the slave rebellions of the time.

I was excited to get a copy of this book because I was heading back to Savannah and Charleston for Spring Break. Little did I know that I would encounter details from the novel in my tourism! I spent part of a day at the Boone Hall Plantation, one of the handful of plantations that can be toured along the rivers and marshes in Charleston. In the row of slave houses, where each one focuses on a different era in slavery, abolition, and advances for African Americans in the south, I found pictures and bios of the Grimke sisters, Denmark Vessey (an important figure in the novel), and even a representative quilt similar to the one created by Handful and her mother. I know the author lives in the area, and while she did not specifically mention Boone Hall, the world of The Invention of Wings felt very alive in that moment. 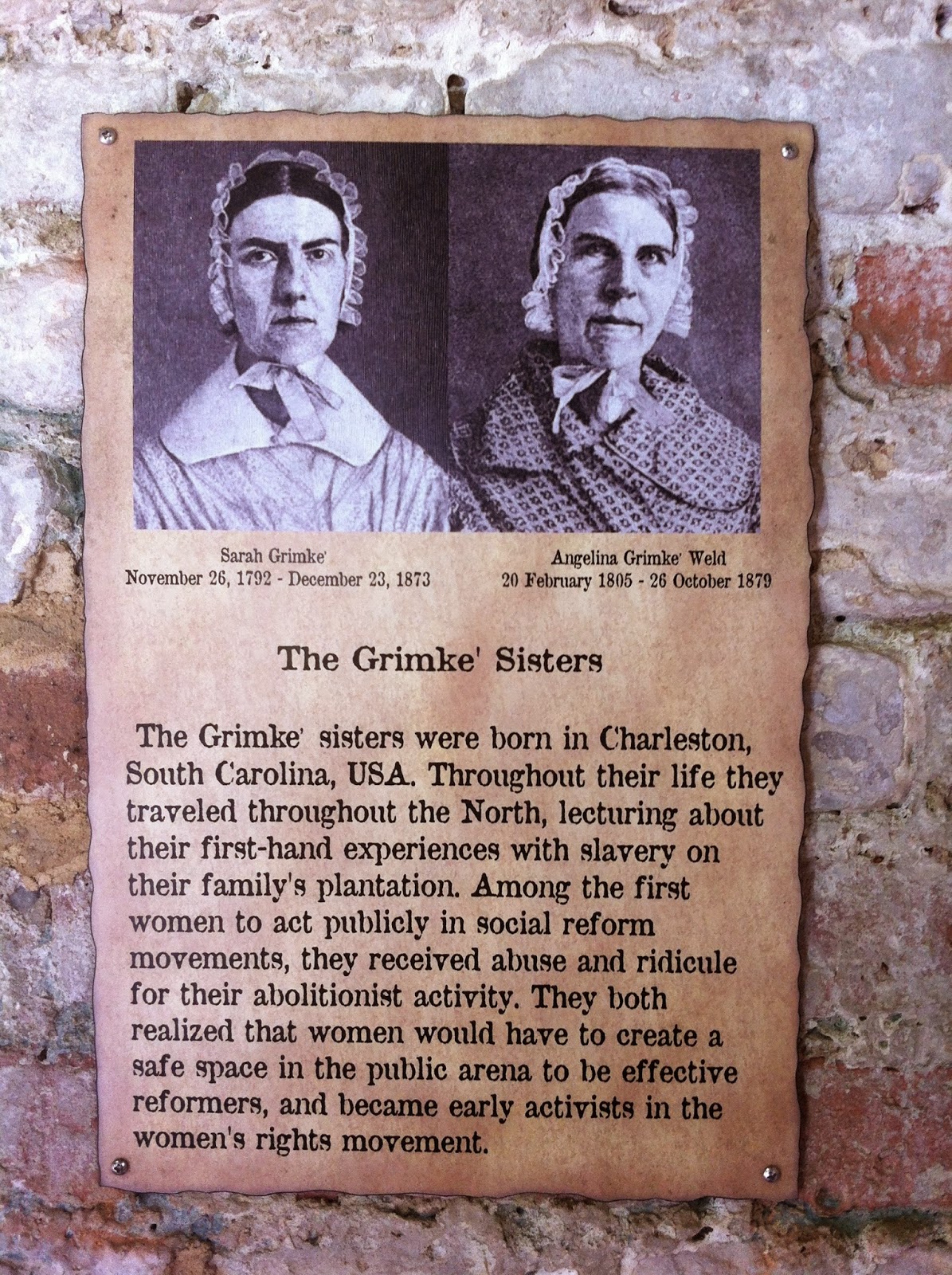 People who lead change have a rough road. What I liked about this novel was that it wasn't just about the conviction of a rich southern child, but the difficult journey. From the beginning of the novel, Sarah is denied access to the world of learning, with her father banning her from his library after she taught Handful how to read.

"'The truth,' she said, 'is that every girl must have ambition knocked out of her for her own good. You are unusual only in your determination to fight what is inevitable. You resisted and so it came to this, to being broken like a horse.'"

Sarah Grimke ending up speaking for the rights of women alongside the abolition of slavery, a move that ostracized her from communities like the northern abolitionists and Quakers. She was forbidden to return home, as was her sister Angelina. They would only live long enough to see the tough times of the Reconstruction Era, but not the long-reaching impact they had in both areas of human rights. Kidd does an excellent job of telling their story in a way alongside the often overlooked story of the larger slave community, not just on one plantation but Charleston-wide, where slaves outnumbered white people at incredible numbers.