A Short History of Tractors in Ukrainian by Marina Lewycka 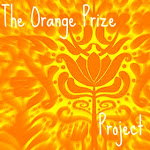 A Short History of Tractors in Ukrainian by Marina Lewycka
My rating: 3 of 5 stars
Around the World: 41 of 52 (Ukraine)

I had tracked a copy of this book down because it would fulfill the Ukraine component for my Around the World challenge as well as having been shortlisted for the Orange Prize.

Then I read a few fairly negative reviews, and it got pushed aside in Orange January. Then I decided to speed date it along with the other Orange Prize nominees that I had in the house, and it won!

I like the snappy dialogue, the quick storytelling, and the frustrating characters. Nadia and Vera are children of Ukrainian immigrants to the UK, actually immigrants themselves (although Nadia may have been born in the UK, I'm not clear). Their mother has passed away and their mid-80s father has become engaged to a Ukrainian who they suspect is after his money.

And he really doesn't have very much money. He is fascinated by "...the relationship between mechanical engineering as applied to tractors and the psychological engineering advocated by Stalin, as applied to the human soul," and is working on a book. Through his book, you get his view of Ukraine, of war and of politics, and through the stories he and Nadia's older sister tell, you learn quite a bit about their early history.

Through the contrast between Valentina and the family, you also see the misconceptions both countries have of each other, and the changes between various sociopolitical systems in the Ukraine.

I'm not sure it is "extremely funny" or "mad and hilarious" as advertised on the cover blurbs, in fact that is the issue most reviewers seem to have - false advertising. As a story about the complexities of first-generation immigrants, and the frustrations of blending families, it is a good read.
Posted by Unknown at 7:27 PM