The Book of Ebenezer Le Page by G. B. Edwards 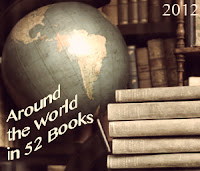 This took me a while to read. While it is written in a very believable and interesting Guernsey English, nothing much happens. Ebenezer Le Page writes three books about his life, really focusing on the turn of the century up until the first world war, then through the second world war, and then the period up to his death as tourism and telecommunications move in.

The two other books I've read set on Guernsey both focus on the German occupation, and I did enjoy getting to see some of island life before and after that period. (The two books are The Book of Lies: A Novel and The Guernsey Literary and Potato Peel Pie Society.)

The ending redeemed how I felt when I was trudging through the middle, and I want to give this 3.5 stars, not quite 4 because I can't imagine reading it again. I think the elderly, somewhat stubborn Ebenezer was the voice I was hearing throughout the book, and it fit best in the end.

"[Dozens of Guernsey boys are] just busting to get away from the island; and, when they do get away, they're breaking their hearts to come back. That's why I have never left Guernsey, me. I knew I would only end up where I begun."

"God made this island with a good climate and a good soil, especially suited for the growing of fruit and vegetables and flowers, and for the breeding of two kinds of creatures: Guernsey cows and Guernsey people."

Near the end, Ebenezer says, "I have tried to put down the worst as well as the best, but you got to read between the lines."  It makes me want to re-read it, and read more between the lines!
Posted by Unknown at 10:37 PM